Ever since Disney+ was introduced, people are excited to see which movies are the best disney movies streaming services content that they can find. There are a lot of people out there who haven’t watched all Disney’s best movies ever produced and with the overwhelming number of content that Disney has, it’s time to start bingeing on Disney content.

Ever since Disney joining the streaming war, it has been pulling out a lot of hidden gem from the vault. From animated, live-action to any popular shows on its own cable networks are all present. Even movies from company like Marvel and all the Star Wars franchise are in the new streaming platform.

In total, there are around 500 films and 7.500 TV episodes and this is only on Disney+’s debut. There will be more movies and TV episodes released during its lifetime. So, we’re going to share you our own list of the best Disney streaming service content that you can enjoy on Disney+.

The Imagineering Story is a six-episode and six-hour documentary series about the Disney theme parks. If you think that the documentary also serves as an advertisement for the company’s theme parks and everything, you’re not entirely wrong. Read Also: General Ways to Watch Disney Movies Online Free

But The Imagineering Story also goes deep into the history of Disneyland, Disney World and all the other parks. The documentary also acknowledges the artisans and engineers who created and maintained the parks to be this beautiful and loved by millions of people and always have the technological cutting edge. Starting your journey of enjoying the best Disney streaming service content with this documentary could be the best way to do it.

SparkShorts is a series of Pixar shorts that was created as an outlet for individual animators to develop themes and techniques that might be considered to be out of place in the company. The entire series is under very limited budgets and only six-month time frame.

Many of the episodes are like a silent movie and sentimental, like “Float” which is about a child who has the ability to fly, or “Kitbull,” which is about the relationship between a stray car and an abused dog. Other episodes are full of messages, like “Purl,” for example, is an allegory about a feminine ball of yarn in a male-dominated office. All episodes have its own style and message with a distinct personal touch. If you love Pixar just like us and want to see how the studio makes different kinds of story, SparkShorts is worth your time.

Gravity Falls is like a combination of Phineas and Ferb and Scooby Doo. It tells a story about 12-year-old twins, Dipper and Mabel Pines who are sent away to the middle of Oregon to live with a crazy guy called Stan. He runs an old and run-down tourist trap called “Mystery Shack,” which becomes the place where many supernatural things happening.

The classic and legendary movie, 101 Dalmatians is also disliked by many people. Walt Disney have always wanted his movies to be considered as art but as it turned out, great movies cost a lot of time and money. However, the animators made a big discovery in technology that allowed for faster and more affordable process in making animation movies.

The solution is Xerox and 101 Dalmatians was the perfect movie to be created with this new technology, considering it has a more modern setting and hip art style. For Disney, it was a big movie from the clean, luxurious, inky visuals to rougher, grungier, and cruder style. Because of the change in art style, critics and fans have acknowledge 101 Dalmatians’ aesthetic.

Looking closer to the movie, you can see the animators’ penciling and even the magnetic dust from Xerox. Thanks to modern TVs that can display more detailed pictures, 101 Dalmatians’ flaws are more visible than ever before. But, those flaws have given the movie its own charm that can’t be found anywhere else. 101 Dalmatians is definitely an important landmark in Disney’s history, and if you consider yourself to be a fan of Disney, you should watch the movie.

The Mandalorian has similar vibes from Clint Eastwood’s bounty hunter movies. It’s definitely to be the biggest and the best Disney streaming service content at the moment, until Disney releases another one. You will see Werner Herzog, Nick Nolte, Gina Carano and Giancarlo Esposito, among many others.

Free Solo was one of the most popular documentaries in 2018, even today. It won the 2018 academy award for best documentary too. Free Solo tells the story of a rock climber, Alex Honnold, who can scale mountains without any tools besides chalk. You can see Honnold carefully planning his every move and handhold that he’ll use on his climbs; every move is crucial and every mistake can be fatal.

Who Framed Roger Rabbit is a heartfelt, hilarious, horrifying and hectic movie. It tells a story of a private detective Eddie Valient played by Bob Hoskins, who hates the living animated characters called toons. Soon, he has to help the most famous toon in the world, Roger Rabbit, who is voiced by Charles Fleischer.

Both of them have to navigate a conspiracy that threatens everyone in Toontown. You can see the traditional noir movie, combined with technological experiment and bizarre comedy. Despite the limitations, Who Framed Roger Rabbit managed to be very enjoyable even to this day. Who Framed Roger Rabbit is an important work of art and still manages to have a great storyline with clever plot and snappy dialogue.

With the new remaster just released, maybe it’s time to re watch the original again. The Lion King is definitely one of the greatest achievements in Disney animation history and the best Disney streaming service contents to this day. And did you know this is one of the best disney movies of all time. The Lion King is iconic and timeless piece of art, that can be enjoyed by everyone forever.

It would be weird to no know anything about The Simpsons at this point. It has been around for a very long time and it still keeps going. We understand that there are old-time fans who dislike the newer episodes of the Simpsons. But, with Disney+, now you can watch everything starting from the very first episode. Simpsons is popular disney movie among many movie titles.

The Simpsons had such a cultural impact that quotes from and references to it have become a phenomenon in linguistic. And it would be very interesting what the next generation is going to think about The Simpsons. There you have it, our list of the best Disney streaming service content in Disney+. 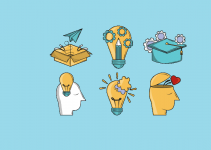