If you like the idea of micro-blogging, then knowing the best Tumblr alternatives can benefit you. In the event that you don’t know it, Tumblr is one of the most popular micro-blogging platforms where users can blog with short sentences. Just like other social media, you are allowed to post audio or video files, quotations, links, and photos within the platform. Not everyone likes the regular way of blogging. Some are appealed by the idea of using short sentences to attract visitors. Some simply love to post anything short for the sake of artistic pleasure.

There are some of the alternatives for Tumblr that may worth checking for. Who knows? Maybe you are interested in one or two of them, and you can use the platform for your personal social media needs. So, what are they?

15 Best Tumblr Alternatives For Free To Use

This blogging platform has existed since 2013 and one of the appeals is the open-source nature. It has even claimed itself as the powerful and customizable best Tumblr alternatives. This platform started out as a free service but later, it has become a paid service. But when it comes to power and features, you can expect a lot from it. There are two plans available for this platform. The web server hosted plan would cost you around $19 a month – that’s the starting price. For the self-hosted plan, it costs you $5 to $10 a month. Censorship isn’t something you should worry in this platform. Even NSFW (Not Safe For Work) contents, or known as adult contents, are allowed.

If you had been familiar with Posterous before, then you should know that Posthaven was created after Posterous was shut down.  It allows you to create blogs – and each user can create up to around ten different blogs. All of them would be protected with a password. However, you will have to pay up to $5 to sign up. But this is one-time payment as your blogs can last forever and you won’t have to pay anything else. Your blogs can contain audio or video contents or documents – it’s up to you where you see it fit. Quite unique, eh?

This platform is super popular these days although most people don’t realize that they have done micro-blogging methods. Who doesn’t know it, after all? Through this platform, you can have short messages with photos, links, and texts. And like other social media platforms, this one offers some features where people can stay connected or interact with one another. There is like feature as well as a comment for the contents. You can follow others and they can follow you. For a lot of people, this is a fun platform.

Let’s not forget one of the best blogging platforms in the industry which still manages to stay strong and solid. If you think that WordPress only offers the regular blogging method, you may want to think again because they actually have different variants for their blogging service. And the fact that is has a rich and powerful Content Management System (CMS) features has made it one of the best in the business.

They have WordPress.com and WordPress.org. if you are thinking about creating your own professional website, focusing on money-making, then go with the latter one, the WordPress.org. There are some features to enjoy from it, such as no one would be able to remove your content and you can post basically anything you wish. You will have access to great plugins and themes. This is definitely one of the best Tumblr alternatives that you must visit and try.

This is one platform that is focused on photos or visual artwork. If you check to the site (no need to worry, just visiting the site won’t cost you anything), you will see it filled with beautiful and artistic pictures, images, and artwork. The platform is dedicated for artists who want to showcase their artwork – some are for commercial purposes. They accept commission (payment) if someone orders the artwork from them. If you are into visual design or such thing alike, this site can be a great alternative. After all, exploring the site is so much fun because of the many beautiful works displayed there. 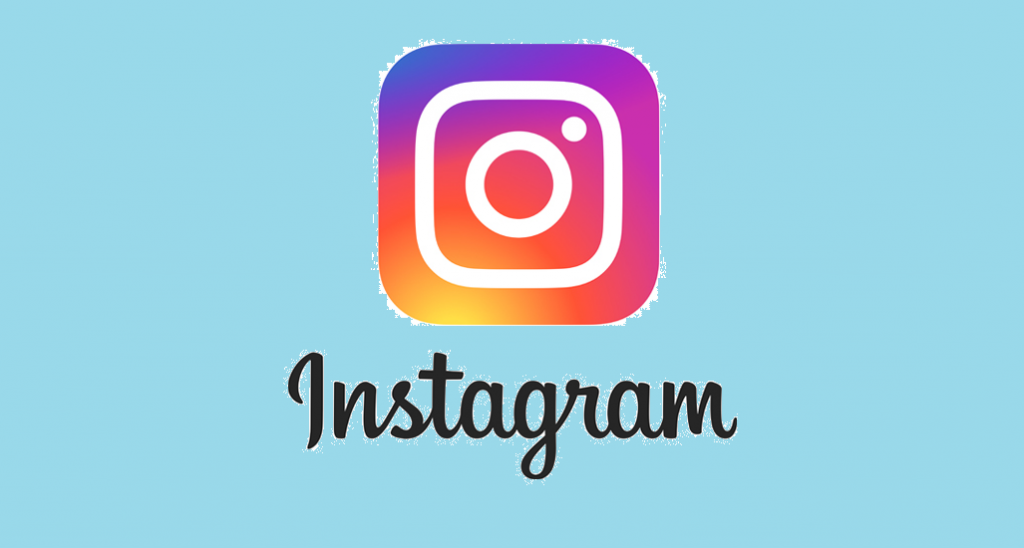 Although you can post photos or images on Instagram, the site has a different mechanism and concept from DevianArt. Some people like to post pictures of their holidays, daily activities, and such thing alike – although you can also post your artwork. But the percentage of the artwork isn’t so much when compared to the pictures of the regular stuff. Moreover, Instagram is popular among photographers or painters, while DevianArt is packed with digital work and anime. If you want to understand further, you can check both sites so you can have clearer ideas about each platform.

Instagram is a well-known and trendy social media allowing users to post videos and photos. You can also post comments on the provided section. Although this platform isn’t exactly a blogging platform (so, you won’t be able to create blogs on it), this one is still the favorite among photographers or painters. 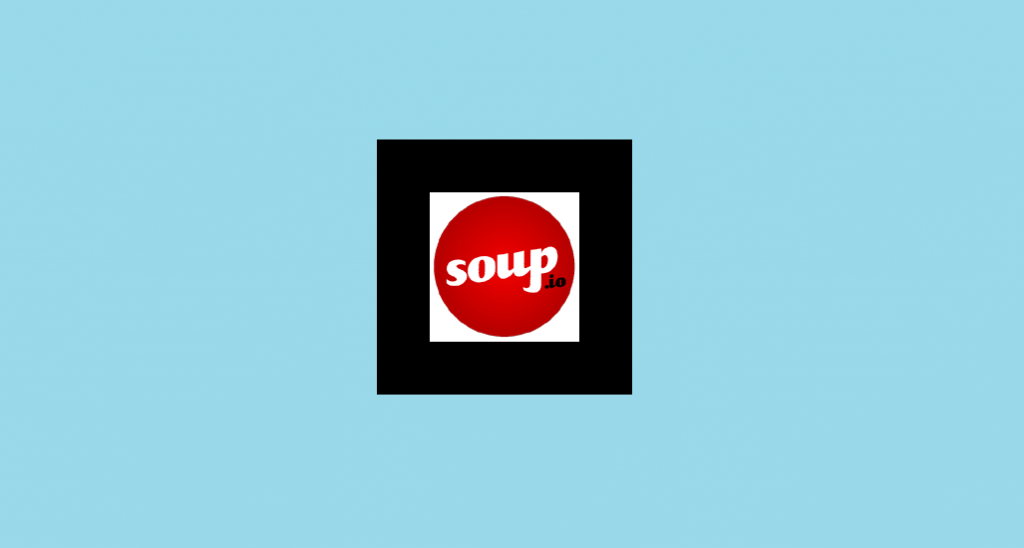 With such an interesting name, this micro-blogging and social networking website from Austria has very similar features to Tumblr. Not only it allows users to post links, quotes, videos, images, and text (like Tumblr), but it also offers various features that are also similar to it. It offers two exciting features: the ability to do auto-publishing posts to your Facebook and also importing posts from other social media like Reddit, SoundCloud, and Twitter.

Just like other platforms, you are allowed to follow other people as well as joining groups. Moreover, it is claimed as one of the best Tumblr alternatives because of the similar platforms and features like Tumblr. Most of the users are attracted to the idea that NSFW contents are allowed in this platform – for them, it is an offer that is hard to resist. 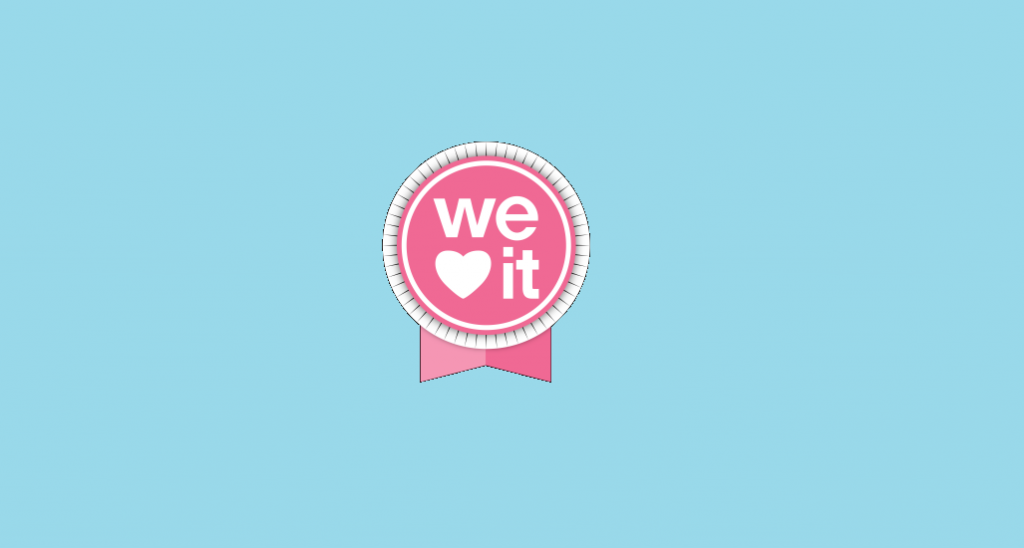 This social media was first launched in 2008 and it works based on image posting. With a tagline of ‘A Home for Your Inspiration’, you can actually find many interesting posts on this platform. The focus of the service is on motivational quotes – users are allowed to browse through them or to share them. Naturally, you are also free to upload and post them if you want to. Basically, if you want to be inspired and you want to do it with simple quotes, then this site would be the perfect one for you.

This is a platform for posting contents like artwork, audio, movies, and games. Newgrounds is basically an American social media, online entertainment site, and company that is responsible for hosting content. They don’t have any strict rules concerning adult contents which make it a great alternative to Tumblr in that matter. It’s also interesting that the platform has quite a massive followers and influx of artists, bloggers, and other (content) creators, especially since Apple had removed the (Tumblr) app from their AppStore.

You may not be familiar with the name, but this platform is actually an interesting, and handy, website builder allowing you to create an online store, blog, or website. If you follow the default, your site will be accessible through site123.com subdomain. But you are given another option of using your own domain if you are willing to pay $10.8 a month.

There are features to like about this platform. For a starter, you can enjoy a wide array of themes. You can also enjoy free CDN and free hosting. A word of advice, though: Don’t rely yourself completely on such a free platform. It would be wise not to reveal all of your secret information and details on one particular site alone. Be wise not to put anything on a site so you won’t regret it in the future.

If you have to choose one of the best Tumblr alternatives for your micro-blogging needs, this one would be the perfect pick. It has the combination of Tumblr and Twitter. You can create posts, get followers, follow others, like, and also comment on the platform. Navigating the platform is easy as the user interface and the layout is super convenient. You can also enjoy several dedicated servers – they are different content types. Depending on the contents you want to post or create, you need to choose those servers. Not to mention that they also have a big community – another perk that you may like.

You may know it as the Blogspot, which is a blogging platform with a free mechanism. When you have blogs within this platform, you may have the address within subdomain.blogspot.com form. A great thing about this site is that you can have 100 blogs within one account. The major appeal of the platform is the ease-of-use. It is fully integrated with the AdSense from Google. In case you want to check the visitors’ statistics, feel free to do it. The statistics can give you traffic sources and page views numbers. For the contents, you are free to create the contents within any length. It may not be exactly a pure 100% micro-blogging platform, but still….it’s great for your blogging needs.

This is a relatively new service that was created in 2018. The main focus is on adult contents so if you aren’t into it, then you should skip it. All users are given the freedom and flexibility to hide their identity if they want to. If you’d like to stay anonymous, then feel free to do it. It is considered one of the best alternatives to Tumblr in terms of the adult contents especially since Tumblr had removed that part and that exclusive perk from their platform.

The platform had been launched in 2003 and has been used by the other world-class media in the business. This platform has been used often and widely by MSNBC, ABC, BBC, and others for their content sharing. The platform has special features, including Google Analytics support and theme editing with CSS-based implementation. You should visit it and see how it works out for you.

The platform launched in 2017 is offering services that are like Tumblr. Users are allowed to share illustrations, GIFs, photos, and also text posts with other users, especially with their followers. When compared to Tumblr, this one allows NSFW contents – one winning element that makes it different and stands out.

The basic idea of this platform is a hybrid blogging site – having features and operational systems like Tumblr but without the restrictions and limitations. However, the platform is still in the beta phase. Moreover, users who want to sign up have to pay $5 for the registration fee. It may be one downside for certain users, but this makes this platform somewhat exclusive as not everyone can join – only those who are willing to pay. Another feature that you may like from this platform is the ability to join the community. Feel free to join any community that you want, depending on your personal preference and interest. You can even create your own community, if you want to.

There you go – some of the trusted and also best platforms for your micro-blogging needs. Those are some of the best Tumblr alternatives that you can try for your own needs. 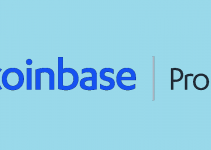 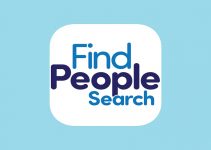 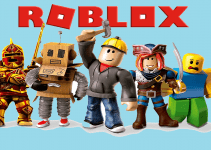