Believe it or not, we are now living in a period when finding a replacement is considered normal and even the best way to solve the possible problem or just finding the more interesting other options. One of the examples is the use of cable TV alternatives especially when it comes to deal with the cost, channel lineups, installation, rental fees, bundles or just about to have a technician arrive at your house due to the pandemic. Yeah, they are just considerable options.

Truly, there are 5 good alternatives for cable TV that we have selected out of a large number of streaming media apps. They seem to offer original programming, archival content, and entertaining movies.

Those 5 good alternatives you can start taking into consideration are YouTube TV which is the editor’s choice, HBO Max which comes with the most originals, Hulu which is live offering, Disney Plus that offers the most variety and Amazon Prime Video that offers the best value.

In this regard, we have picked up these 5 alternatives due to the variety of shows, search functions, interface, sports, and price.

For a clearer description, let’s just read on the following review sections:

YouTube TV is one of the cable TV alternatives chosen by our editor due to the fact that it is considered having the best interface and the fastest search of any streaming app. Truly, there are some interesting features that make it be the most widely used alternative to Cable TV.

Firstly, it comes with a modern interface. This is aimed to suit that today’s watchers are all modern people who have already been familiar with modern live streaming. This way, YouTube TV will allow you to see live streams from your channel lineup. The channels can be quickly scrolled down and the lives shows can be easily recorded. YouTube TV is powerful enough since it has a clear and user-friendly interface. At the top of the screen, there are three simple tabs to enable you to record the shows and the Home Screen that has a function to choose the top picks and suggestions.

Secondly, YouTube TV offers a feature of fast search. This is probably because YouTube TV along with YouTube is owned by Google, meaning that both of them have lightning-fast search. Evidently, a test is conducted on a Roku Ultra streaming service connected to a HiSense H8G-55inch smart television. The result showed that YouTube TV has a fast search when we used the interface and performed the searches.

In short, YouTube TV is a good cable TV alternative for finding shows and movies fast without tons of clutter. It just simply works.

The second alternative to cable TV is HBO Max. Out of the selection, HBO Max is considered having the most originals with the best shows and the most widely watched. Anyway, there are two things that make people like it much. Those are the variety and the amazing documentaries.

Truly, this kind of cable TV alternative really impresses the users with its original shows and movies. The original movies, as well as the movies at the theater, can be easily found and watched on HBO Max. As the name suggests, HBO Max comes with an archive of all previous HBO originals completed with the Westworld and Game of Thrones.

When it comes to documentaries, HBO Max is a great streaming app that has just released a new documentary called The Perfect Weapon. This one is quite fascinating with all of its political scams and election interference. Another series that is also equally compelling and well-made is The Vow.

As one of the cable TV alternatives, HBO Max offers all premium channels that can run not only on mobile devices but also on most smart televisions.

Like YouTube TV, HBO Max is also considered good since it offers the widest assortment of compelling shows, documentaries, and movies when it is compared to the other alternatives to Cable TV. Further, HBO Max is also a new streaming platform along with 10.000 hours of content that everyone likes. So if you want to watch fresh-released movies that seem to play on theater, seek no further but HBO Max.

As we have mentioned, HBO Max offers the most original content that is all new to the watchers. For families, there is a huge number of selections of kids, action, drama, and fantasy shows and movies.

Though you may be charged to pay $15 per month, yet you will surely make HBO Max listed in your next subscription.

If you want to get a live offering from a streaming site, then Hulu + Live can be the considerable option to choose. Hulu + Live basically comes with the live offering along with immediate access to live local channels. Further, this alternative is also easy to access through it may have only a small screen viewer.

Believe it or not, Hulu + Live enables you to find movies quickly. This is one of the great features that most people like. Besides, the app manages the streaming contents on the categorization like sports, news, movies, and kids programming. This way, you need only a single click to find all the movies playing lively on television.

What a great alternative! Hulu + Live offers 65 channels such as FX, AMC, and TCM. Thus, there is a good selection of basic cable movies available like Sleepy Hollow, Logan, and Snatched in about two clicks only.

Hulu + Live comes with a small window for live television for all times, this way, you may also hide the preview. If you want to find shows and movies, just click on any TV channels and see what’s going to see right there. In this case, you will be able to see the sample and finally decide what to watch. Now if you want to see any interesting show you like, you can simply click on the maximize options.

In short, Hulu + Live is an alternative to Cable TV that is aimed to watch and record the shows on live television. For all cord cutters, this one is considered the perfect option.

Who doesn’t know Netflix? It is the king of all streaming media content on the globe. More and more people keep subscribing to this cable TV alternative due to the sheer number of shows and movies. Yup, there are tons of variety available for your home entertainment.

No matter how you will believe what we say, Netflix has more than 13.000 shows and movies for everyone to enjoy watching. Its big variety of programming has made it an excellent choice as an alternative.

Though there isn’t any local channel that you probably find here, Netflix still has about 1.500 original shows. Especially if you are major fans of documentaries like The Social Dilemma, you can definitely find it here.

Dealing with the alternatives to Cable TV, Netflix is very popular in presenting suggestions and recommendations on what to watch for everyone. Lost in Space is the most wanted show that you may like to find. So when you begin to search, Netflix appears in the first list to offer. When other streaming media do not offer suggestions, Netflix has more to recommend.

In short, Netflix becomes the favorite streaming media for its tons of shows and movies along with a wide variety of originals.

Amazon Prime Video also becomes the cable TV alternative that offers free membership. It has a deep archive of the content and easy rentals. However, there aren’t any brand new original shows that you will likely find though they do their debut many times. Instead, you will find old John Wayne western movies and some British dramas.

Amazon Prime Video is a part of the Amazon Video ecosystem, meaning that you will easily rent or even purchase the newly released shows and movies using the same interface. If you have already an account in Amazon Prime, you can definitely order a Blue-Ray disc for movies like the True Grit that is not available in 4K.

Amazon Prime Video has actually an inexpensive pricing. This way, the membership fees of Amazon Prime start from $12.99 per month and $119 per year. For standalone membership, you will be required to pay $8.99 per month. Regardless of the inexpensive pricing, there are tons of movies and shows available. It doesn’t stop there. This alternative also provides the viewers with offline viewing.

Which is the best cable alternative?

It depends on what you need to enjoy from each of the alternatives. If you want a cable TV alternatives with the best interface, you can opt YouTube TV. For the compelling documentaries, you can choose HBO Max and so on.

What alternative to consider if I want to see original shows and movies?

Netflix can be the choice.

Do I need to install or run a cable in my home if I using the cable TV alternative?

No, you don't need

Netflix, Amazon Prime, Hulu, or Disney plus are cheaper than Cable TV. Please subscribe carefully and pay attention to the promos or discounts of each service. If you’re sure you want to move from Cable TV to a service like Netflix I think that’s a good option, as you can subscribe monthly or annually for a fraction of the cost. 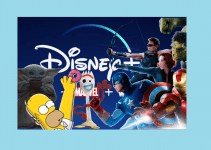 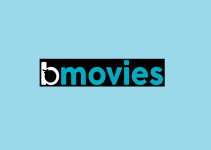