As a result, myriad intermediaries are required to move and store data, funds, and assets. Visit www.bitprofit.software/ to start bitcoin trading with efficiency, technology and zero fees. Unfortunately, these intermediaries often take on the role of trusted third parties who provide services at a premium and represent an inherent vulnerability to security.

To address this vulnerability, blockchain was developed as an immutable distributed ledger that provides peer-to-peer exchange without the need for intermediaries or centralized authority. In addition, blockchain leverages encryption techniques to self-verify transactions while simultaneously creating an audit trail that is shared across all nodes in the chain. This technology has been applied to various use cases, including finance, insurance, and supply chain management.

Most developers and entrepreneurs involved in the blockchain were primarily concerned with how to capitalize on the tremendous value proposition of the technology. Although many use cases are valuable, blockchain poses many existential threats that people must address if the technology is widely adopted. First, it must scale to the necessary volume; this poses a formidable challenge as an immutable distributed ledger proves difficult to implement in large-scale systems. Secondly, adoption requires a combination of both technical and social innovation that may occur concurrently with significant political or regulatory risk and uncertainty.

Thirdly, existing infrastructure is often insufficient to handle these applications’ data throughput, which places blockchain in direct competition with today’s centralized services. Finally, cryptocurrencies play a significant role in making people realize the actual potential of blockchain. Both technologies are disrupting finance and many other industries; let’s discuss the development of cryptocurrencies and blockchain over the decade.

Origin of Cryptocurrencies and Blockchain:

The origin of cryptocurrency, or digital currencies, dates back to the 1990s. While some people would still argue it is part of a bubble, cryptocurrencies have been making tremendous gains lately, and billions of dollars are at stake. So, where did it all start?

A person or group under Satoshi Nakamoto’s pseudonym created Bitcoin in late 2008. It offers peer-to-peer transactions without centralized authority through what is now known as blockchain technology. It was the first decentralized digital currency that gained widespread acceptance. However, Bitcoin was not the only currency to utilize blockchain technology, subsequent bitcoin, Litecoin appeared, and ethereum was the first ever dedicated blockchain model.

Evolution of cryptocurrencies and blockchain:

Considering the past decade’s developments in cryptocurrencies and blockchain, we can say that these technologies have proven to be both revolutionary and controversial. The complications surrounding cryptocurrencies are mainly due to the lack of understanding from regulators and the public. However, with the right partnerships and a little work, we might see an evolution in the coming years.

2009: The cryptocurrency craze began when Bitcoin topped gold for the first time in history. The 2010s: Cryptocurrencies began to gain widespread acceptance with shocking price rallies in 2017.

2018: Financial world runs around cryptos as blockchain technology has more significant implications on global markets. Many companies are getting into the blockchain game, but not many are getting it right, especially regarding crypto integrations.

2022: Bitcoin is the greatest valuable virtual asset with massive worldwide adoption, and blockchain is being integrated as a global supply chain in many businesses.

Future of cryptocurrencies and blockchain:

The future of cryptocurrency seems bright, and blockchain is at the centre of a revolution. Several companies like IBM, Amazon, Microsoft, and many more are leading the way in bringing blockchain solutions to the market.

2025: Cryptocurrencies will become a global phenomenon with massive worldwide adoption.

The blockchain is an obfuscated ledger that keeps up track of how digital currency transactions happen over a computer network. Several industries have used it to provide transparent records and nearly instant transactions between peers without the need for intermediaries or centralized authority. This technology has been applied to several use cases in finance, insurance, real estate, and supply chain management with large sums of money.

Maturity in the cryptocurrency and blockchain market

Blockchain is a disruptive technology created by people to provide peer-to-peer transactions. However, the cryptocurrency market has slowly transitioned from the traditional business model and has suffered numerous frauds and scams. The problem with the industry is that there are dozens of different cryptocurrency models on offer, but they don’t all play nicely with one another in the past. Undeniably, cryptocurrencies have faced challenges in enjoying worldwide adoption in the past, but now it seems to be getting the adoption they deserve. 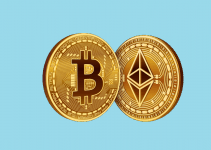