You may have seen the terms RAW and JPEG used when talking about digital photos, but what exactly is the difference between the two? RAW files are unprocessed and contain all of the data captured by the camera sensor, while JPEG files are processed and compressed. So, which should you use?

While JPEG is a universal standard for delivering finished photographs, RAW is an image format that captures “raw” data from the camera sensor. RAW files contain all of the information that was captured by the camera’s sensor when the photograph was taken. This information includes the exposure, white balance, date and time, GPS coordinates, etc.

A RAW file is not a photograph. It is a digital negative that can be edited to produce a photograph. When you edit a RAW file, you are working with the data that was captured by the camera sensor and you have a great deal of flexibility to make changes without losing any quality.

The JPEG format is designed to produce a finished photograph. When you take a JPEG photograph, the camera applies compression and converts the RAW data into a JPEG file. This compression results in some information being lost and it is not possible to retrieve this information or make any significant changes without losing quality.

The main advantage of RAW files is that they give you much more flexibility when editing your photographs. If you make a mistake when editing a JPEG file, it is often difficult to fix without losing quality. With RAW files, you can experiment with different edits without worrying about losing quality because you can always go back to the original file.

RAW vs. JPEG: Which is better?

This is a hotly debated topic, with both sides having valid points. JPEGs are smaller in size, so they take up less storage space and are easier to upload and share online. They’re also easier to edit without losing image quality. RAW files are larger, so they take up more space, but they offer more flexibility when it comes to editing. You can make more drastic changes to a RAW file without losing quality, but it takes more time and effort. Ultimately, it’s up to you which format you prefer.

The pros and cons of RAW vs. JPEG

When it comes to digital photography, there are two main image formats that you can use: RAW and JPEG. Both have their own advantages and disadvantages, so it’s important to understand the difference between the two before you make a decision about which one to use.

RAW files are larger than JPEGs and take up more space on your memory card. They also require more processing power when you’re editing them, so they can be slower to work with. However, RAW files contain all of the data that your camera sensor captures, so they offer much higher quality than JPEGs. This means you have more flexibility when it comes to editing and correcting errors, as you can access all of the data that was captured by the sensor.

JPEGs are smaller and take up less space, so they’re faster to work with. They’re also ready to be used as soon as they’re taken, as they don’t require any post-processing. However, because JPEGs are compressed, they lose some of the data that’s captured by the sensor. This means that you have less information to work with when you’re editing, and it can be difficult to correct mistakes or improve the quality of the image.

ultimately, it’s up to you which format you use. If you want the highest quality images possible, RAW is the way to go. However, if you want convenience and speed, JPEG is a better option.

How to choose the right format for your needs

When it comes to digital images, there are two main file types that you need to know about: RAW and JPEG. Here’s a quick rundown of the main differences between these two formats, and how to choose the right one for your needs.

RAW files are unprocessed, which means that they contain all of the data captured by your camera’s sensor. This makes RAW files much larger than JPEGs, but it also gives you a lot more flexibility when it comes to editing your images.

JPEGs are processed by your camera, which means that some of the data from your sensor is lost. This helps to make JPEGs smaller in size, but it also means that you have less room for error when editing them.

So, which format should you use? If you want the highest quality images possible, then you should always shoot in RAW. However, if you don’t need such high quality or if you plan on quickly sharing your photos online, then JPEG will be just fine.

When to use RAW vs. JPEG

RAW files are larger than JPEGs and can take up more space on your memory card. They also require more processing power when you’re editing them, so if you’re working on a laptop or an older computer, JPEGs might be a better option.

JPEGs are a good choice for most casual shooters, and they’re also the best choice if you’re planning to post your photos online. That’s because social media sites like Facebook and Instagram compress JPEGs when you upload them, which can cause some deterioration in image quality. RAW files aren’t affected by this compression.

If the image quality is your top priority, RAW files are the way to go. They give you the most flexibility when you’re editing, and they allow you to produce the highest-quality final product.

RAW vs. JPEG: Which is right for you?

RAW and JPEG are two image file formats used by digital cameras. Both formats allow you to take high-quality images, but they have different properties.

JPEG is a lossy format, which means that it compresses the file size by reducing the quality of the image. This makes it ideal for sharing images online or storing them on your computer, but it’s not ideal for printing.

RAW files are larger and contain more data than JPEGs, but they are not compressed. This makes them ideal for editing, but they take up more space on your memory card and can be slow to process.

So, which format should you use? It depends on what you’re going to do with the image. If you’re going to edit it or print it, RAW is the best choice. If you just want to share it online or store it on your computer, JPEG is fine.

Get the most out of your photos with RAW vs. JPEG

When it comes to digital photos, there are two predominant file formats that almost all cameras on the market today use: RAW and JPEG. While both formats have their own benefits and drawbacks, ultimately, the best format for any given situation depends on the photographer’s needs and goals.

When a photograph is taken in RAW format, the camera’s image sensor captures all of the data that it can without processing or compressing the data in any way. This results in a larger file size but gives the photographer much more flexibility when it comes to post-processing the image. RAW files also contain a wealth of information about the photo, such as the camera settings that were used and the exact location where the photo was taken.

JPEG, on the other hand, is a lossy compression format, which means that some of the data from the original image is lost when it is saved as a JPEG file. The advantage of this is that JPEG files are much smaller in size than RAW files, making them easier to store and share. Another benefit of JPEGs is that they are already processed by the camera, so they often require less work from the photographer when editing.

Ultimately, whether to shoot in RAW or JPEG format comes down to a matter of personal preference. Some photographers prefer RAW because it gives them more control over their images, while others prefer JPEG because it is more convenient and doesn’t require as much post-processing work. 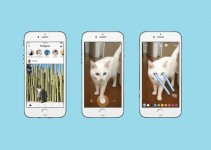