Looking for the best free Network Protocol Analyzer? If you operate on a network, then you know the worth of information. Solid information results in a powerful and worry-free network. On the other hand, you will need the right tools for analyzing, debugging, maintaining, and monitoring local networks. Network Protocol Analyzer is a tool used to capture, analyze, maintain signs and data traffic over a communication channel.

Network protocol analysis is the best serum of network communications. If you would like to discover why a network device is working in a certain way, use a protocol analyzer to sniff the traffic and expose the protocols and data which pass across the wire.

In this article, I would like to share the best free network analyzers for your networking infrastructures. From this listing, you should be able to get the one tool that perfectly fits your needs. Please keep reading until the end.

Wireshark is among the most effective network protocol analyzers on the market (paid or free ). In actuality, Wireshark is frequently considered as the standard among the business. Some of the advanced features of Wireshark such as Live capture and offline analysis; standard three-pane package browser; multi-platform such as Windows, Linux, OS X, Solaris, FreeBSD, NetBSD, and lots of more. This tool captured network data can be browsed via GUI, or through the TTY-mode TShark utility.

Other great features include powerful display filters; rich VoIP analysis; read or write many different capture file formats; capture files can be compressed with on the fly live data can be read from Ethernet, IEEE 802.11, PPP/HDLC, ATM, Bluetooth, USB, Token Ring, Frame Relay, FDDI, and many others. Decryption service; coloring rules; output can be exported to XML, PostScript, CSV, or plain text. And decryption support for many protocols, including ISAKMP, IPsec, Kerberos, SNMPv3, SSL/TLS, WEP, and WPA/WPA2

NAST is a Ncurses-based tool which has, admittedly, not been under development for quite some time. Even so, the tool is very useful and does an excellent job of capturing network traffic. I suggest you this software because it is useful if the only machine you have access to is a UNIX GUI-less server.

Tcpdump is a familiar packet analyzer that runs under the command line. It enables you to intercept and display TCP/IP and other packets being transmitted or received over a network where the computer is connected. It is possible to read packets from a network interface card or by a previously generated saved packet file and tcpdump also can write packets to standard output or files.

It’s also possible to use tcpdump for the particular purpose of intercepting and displaying the communications of another computer or user. An individual with the necessary privileges on a system acting as a router or gateway by which unencrypted traffic such as Telnet or HTTP passes can use tcpdump to look at login IDs, passwords, the URLs and content of sites being seen, or some other unencrypted information.

In these systems, tcpdump uses the libpcap library to capture packets. The port of tcpdump for Windows is named WinDump; it uses WinPcap, the Windows version of libpcap.

Zenmap best free and official GUI for the Nmap Security Scanner. This software is available for Windows, Linux, Mac, and BSD. Zenmap may be used to read live captures or save captures for later viewing. With Zenmap you can enable the features of Nmap to assist you with: network inventory, handling service upgrade schedules, and tracking host or service uptime. some of the mainstays features that you can use such as Host discovery; port scanning; version detection; OS detection; scriptable interface; web scanning; complete IPv6 support; Nping service; fast scanning; and much more.

This is a freeware network sniffer that enables you to capture, filter, and display any traffic information flowing through your network an adapter. It decodes captured network communication package’s raw data, displaying the binary, hex, decimal, and text field values from each package, and analyzes its contents based on the RFC and additional specifications. Packets data is parsed, extracted, and represented in easy human-readable form, letting you execute effective forensic analysis of any data transferred through your PC network ports.

This is the best free network protocol analyzer software developed for effective intercepting, capturing, decoding, and monitoring of network communications. This software processes monitored data in real-time for high data rates; it remains responsive through 1 Gbit/s network communications monitoring even on a budget desktop PC. The superior performance of the network protocol analyzer makes it seriously helpful for real-time network monitoring software.

This program is widely used by network administrators and only interested users across the world, including large and small businesses, banks, and government agencies. It works on Linux, Windows, and Mac OS X, possibly supporting other programs as well.

Microsoft Message Analyzer lets you capture, display, and analyze protocol messaging traffic; and also to trace and assess system events and other messages from Windows components. Message Analyzer lets you display the log, trace, along with other message data in a lot of data viewer formats, such as a default tree grid view and other selectable graphical views that use grids, graphs, and timeline visualizer elements which offer high-level data information summaries and other data.

It also lets you configure your own custom data audiences. Additionally, Message Analyzer isn’t just an effective tool for troubleshooting network problems, but for analyzing and verifying protocol implementations as well.

JDSU Network Analyzer Fast Ethernet is one of the best tools for you in the IT field to use. . Though it has numerous features, you do not need to become a full-blown network analyst to generate use of this software. JDSU enables anybody (of any expertise level) to: Quickly determine who’s on a network, who’s using bandwidth, and where errors might be occurring on the network. It is also possible to identify issues before they become serious problems; utilize expert analysis tools to resolve network problems quickly; capture and analyze network traffic in real-time, and analyze information offline. JDSU provides multi-technology analysis, a constant user-interface across platforms, and is scalable for distributed analysis.

SoftPerfect Network Protocol Analyzer is the best free professional tool for analyzing, debugging, maintaining and monitoring their local networks and Internet connections. It could capture the data passing through the dial-up connection or Ethernet network card, analyze this data information, and then represents it in a readable form.
This is a handy tool for network administrators, security specialists, network application developers, and anybody who needs a comprehensive picture of the traffic passing through their network connection or a segment of a local area network.

What Is Network Protocol Analyzer?

Network protocol analyzer, or NPA, is a tool used for tracking various types of network traffic, analyzing it for abnormalities, and identifying the problem. NPA's use is primarily for troubleshooting, but in recent years, it has become more popular for general network monitoring.

How to use a Network Protocol Analyzer?

Network protocol analyzers are used by network engineers to analyze network traffic and detect any abnormalities. These analyzers monitor traffic in real time and provide the engineer with detailed information about the traffic such as what type of traffic it is and how much of it is being sent. Protocol analyzers are typically used to detect attacks and to troubleshoot network issues.

Why use a Network Protocol Analyzer?

When Can I Start Using a Network Protocol Analyzer? 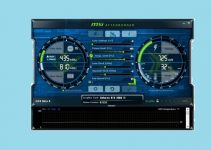 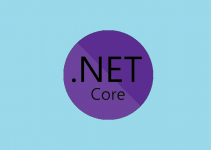 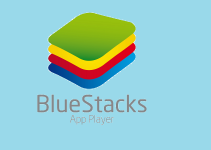