Have you ever wondered if someone you’re following on Instagram is a fake? Well, wonder no more! In this blog post, we’ll show you how to check for fake followers and remove them from your list.

It’s no secret that a lot of people inflate their follower count on social media—Instagram is no exception. Buying followers has become increasingly common, especially for influencers who are looking to increase their reach and engage with more people. A recent study by Hype auditor found that up to 15% of Instagram accounts are fake.

While it’s not inherently bad to have fake followers, it can be problematic if you’re an influencer or business trying to build a real and engaged following. Fake followers can distort your engagement rate and make it appear as though your content is performing better than it actually is. Additionally, if you’re paying for advertising on Instagram, you could be wasting money if a significant portion of your followers are fake.

Instagram fake followers are bots or accounts that follow you on Instagram in order to increase your follower count. These followers are not real people and will not engage with your content. Additionally, they can often be quickly identified by their lack of a profile picture, few or no posts, and lots of generic comments on other people’s posts.

While it may be tempting to inflate your follower count by buying fake followers, we don’t recommend it. Not only is it unethical, but it can also damage your brand and reputation. Real engagement is what counts on Instagram, so focus on building a community of genuine fans who will support and promote your business or product.

If you suspect that you have fake followers on Instagram, there are a few ways to check. The first is to look at the list of people who have recently followed you. If you see a large number of profiles with no picture or only a few posts, they are likely fake. Another way to check is to look at the engagement on your posts. If you have a high number of followers but very little engagement (likes, comments, shares), that’s another sign that you have fake followers.

If you want to remove fake followers from your Instagram account, there are a few things you can do. First, you can block them by going to their profile and tapping the three dots in the upper right-hand corner. This will prevent them from being able to see your posts or interact with your account in any way. You can also report them as spam by tapering the same three dots and then selecting “Report.” Finally, if you want to prevent fake accounts from following you in the future, you can set your account to private so that only people who you approve can follow you.

When it comes to Instagram, fake followers are nothing new. In fact, they’ve been around since the very beginning.

There are a few ways to check if an account is fake. One way is to look at the number of followers and following. If an account is following a lot more people than they have followers, it’s likely that they are using some sort of follow/unfollow method to grow their account.

If you think you might have fake followers, there are a few things you can do about it. The first step is to stop following any suspicious accounts. Next, report any fake accounts you come across to Instagram. And finally, make sure your account is private so that only people you know and trust can follow you.

Is your Instagram account being followed by a lot of fake accounts? These could be bots, or people paid to follow you in order to make you look more popular than you are. Either way, it’s not doing you any favors.

Here’s how to check if you have any fake followers, and how to get rid of them.

First, open up the Instagram app and go to your profile page. Then, tap on the “Followers” number. This will bring up a list of all the accounts following you.

Take a scroll through this list and see if anything looks suspicious. If you’re not sure whether an account is fake or not, there are a few things you can look for:
– Does the account have a profile picture? If not, that’s a red flag.
– Is the account verified? (You’ll know if it has a blue checkmark next to the username.) If not, that doesn’t necessarily mean it’s fake, but it’s something to be aware of.
– How many followers does the account have? If it’s a real person, they’re likely to have at least a few hundred followers. If they have very few or no followers at all, that’s another red flag.
– What kind of content does the account post? If all they post are random photos with no connection to each other, that could be another sign that it’s a fake account.

Once you’ve identified some suspect accounts, there’s an easy way to get rid of them. Just go back to your profile page and tap on the three dots in the upper right-hand corner. From there, tap on “Edit Profile,” and then scroll down to where it says “Block.” Tap on that, and then type in the username of the fake follower you want to get rid of. Once you’ve done that, just tap “Block” again and they’ll be gone!

If you have a significant number of fake followers on Instagram, it can negatively impact your account in several ways. For one, your engagement rate will suffer. This is because fake followers are much less likely to interact with your content than real, human followers. Additionally, having a high percentage of fake followers can make you look bad to potential new followers. After all, why would someone want to follow an account that has a lot of fake fans?

In some cases, having a lot of fake followers can also get you banned from Instagram. The platform has been cracking down on fake accounts and using them to inflate follower counts is against the Terms of Service. If you’re found to be doing this, your account could be suspended or even deleted.

So how can you tell if you have fake followers on Instagram? And what can you do about it? Keep reading to find out.

There are a few benefits of removing Instagram fake followers:

-It helps you to keep your follower count accurate, so people can get a realistic idea of how popular you are.

-It means that you’re not paying for fake engagement, which can ultimately harm your brand.

Overall, it’s just generally a good idea to remove any fake followers that you may have on Instagram. It only takes a few minutes and it can make a big difference to your account!

There are a few key things to look out for when trying to avoid getting fake followers on Instagram.

First, take a look at the profile of the person who is following you. If their account has no profile picture, no posts, or very few followers themselves, it is likely that they are a fake account. You can also check to see if the person only follows a very small number of people.

Another red flag is if you get a sudden influx of followers from accounts that are all from the same country or region. This could be an indication that these are fake accounts created by someone trying to boost their own following.

If you suspect that you have fake followers on Instagram, there are a few ways to check and remove them. You can use a fake follower checker like Social Audit Pro or Follower Audit to scan your followers and get a report of any suspicious accounts. If you find any fake followers, you can block them or report them to Instagram.

If you want to prevent fake followers from following you in the future, you can set your account to private so that only people who you approve can follow you. You can also use hashtags and location tags sparingly, as these are often used by fake accounts to target users. By taking these precautions, you can make sure that your Instagram account is safe from fake followers. 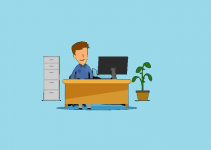