Is VPN legal in UK? This is the first question when someone wants to move to the UK while he/she is busy with online activities. VPN stands for Virtual Private Network. It is a service that provides you an allowance to reroute internet connection using a private server in order that you can hide your IP address and internet activity for your Internet Service Provider (ISP). this article is going to find out the legality of using VPN, especially in the UK.

Simply to understand, the best VPN will be able to hide your location on the internet. This is aimed to make your online activities harder to be detected. Due to how VPN works in hiding online activities from various websites and government, many people start questioning whether or not the use of VPN is legal.

So let’s start exploring and find the answer by carefully reading this review.

VPN Is Legal to Use in UK

VPN is noted to have a legal use in the UK though there is no specific legislation that clearly bans the VPN use in UK. In fact, in most of the countries on the globe, VPN is legally used with a few exceptions such as North Korea, China, Iraq, and UAE.

The next question you may have in mind is why it is a must to legalize the use of VPN? Well, there is a primary reason why VPN is legal to use in UK. It is because using VPN can enhance the security of your internet connection. Through the streaming and torrenting services, you can surely use one to bypass the simple geographical restrictions.

For instance, VPN is very much useful when you want to try to bypass the content restrictions for the services like BBC iPlayer and Netflix. In this case, there are lots of streaming services that geographically block the content, meaning that none have an access. Thus, using VPN is expected to bypass any restrictions that you may bluff the website.

In 2016, an Investigatory Power Act stated that UK citizens were facing a challenging situation leading to privacy online. In this regard, using VPN proves to be powerfully helpful to reduce the government access to your data. This way, VPN will hide any of your online activities from your ISP.

VPN Does Not Legalize Illegal Acts

Is VPN legal in UK? The answer is definitely yes. However, just because it is legal doesn’t mean that it legalizes illegal acts. Though you use it for committing illegal acts, the government will be able to track down your online activities.

Similar to any other tech company, VPN service providers can be obliged to reveal your internet activity to the government in the UK. Of course, this is under the Investigatory Powers Act of 2016. Well, this is just common to occur though it isn’t something that is just an ordinary case.

Theoretically, the providers of VPN who don’t want to operate VPN are excused from the Investigatory Powers Act. However, the government can still be able to track down the offenders. Thus, it is important not to use VPN for illegal purposes. You must also avoid using pirated content which is usually common to find on the internet and illegal to use.

Why Do People In The UK Want To Use VPN?

Knowing that people wonder about the legal status of using VPN, we can also start wondering why they want to use VPN such importantly in the UK. In this regard, there are some reasons you may need to know:

In 2016, the UK Parliament adopted the Investigatory Powers Act to afford the government to deal with cybercrime. At any point of time, the government can theoretically make your social media platform and internet service provider open up your online activities.

This way, there is a little authorization to track down any illegal activities. The UK is part of Five Eyes, a multinational alliance comprising Canada, Australia, New Zealand, the UK and US. The primary purpose of this alliance is to ruin the data encryption and turn over online privacy to avoid cybercrime.

The next important reason why people are so eager to use VPN in the UK is the geo-blocking feature endorsed by the streaming services like Spotify and Netflix. Moreover, VPN can also be used when you are traveling abroad so that you can access services such as BBC iPlayer from a restricted nation like India.

Is VPN legal in UK and why is it a must to use in the UK? The answer is to maintain privacy. In this case, the privacy issue is something that must be crucially taken into account. To make sure that people do not break any laws, the Investigatory Powers Act grants the government to spy on citizens. “Snoopers’ Charter” is the popular name for it.

In relation to maintaining privacy, UK government has the broadest electronic surveillance powers of any countries in Western Europe. They also exceed for the USA, too. VPN is a tool to enable the government surveillance to reveal opportunities to criminals.

Normally, your ISP is able to identify the websites you are visiting even though you may already use a secure HTTPS connection. Your ISP may have to send you a report about your activity in response to a government warrant. Thus, using VPN will help you hide the information from your ISP. How well a VPN protects the information will actually depend on the VPN itself. You must choose a VPN that has been audited for privacy protections. You must also choose the one with a good reputation.

Why do people in the UK want to use VPN? One of the reason is to avoid access restrictions. This is because access to materials is just another significant concern. If you go to British ISP, you will have typically a problem in accessing the blocked status and services. You will not be able to see certain movies in the UK since the streaming sites must block the IP address located there. Meanwhile, another website may be considered as pornography by the law. If there is no confirmation about age, there will be no access. In the other words, those websites do not offer sexual discrimination but they just block the IP address completely.

Therefore, VPN can help you put the apparent internet location outside the UK. You can get around the country-specific-blocking and access servers since you are in a less restrictive country.

When all of te traffic go through VPN, the ISP will never know the websites accessed. And since using VPN is legal, there is nothing to argue with the internet service provider.

What Kind of VPN Is Recommended For Users in The UK?

Is VPN legal in UK? The next question that may be on your mind is what types of VPN that is very much recommended for the users in the UK. In terms of price, features, and value, ExpressVPN is good enough out of the competition.

ExpressVPN has servers that are nearly in 100 countries. This kind of VPN has also an excellent censor-evading power along with blazing connection speeds and reliable access to more than one streaming services. In the UK, ExpressVPN has everything to offer needed by the users.

Overall, ExpressVPN comes with the best features for most users in the UK.

Is VPN legal in UK? Yes, it is definitely legal to use VPN in UK to provide safety for your online activities. So that your ISP will not detect what you are doing on the internet. However, just because it is legal doesn’t mean that you can use it for illegal purposes. Make sure you use VPN for the goodness such as to protect your data, hide your online acts and etc. 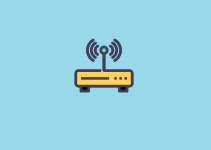