Speaking in public in front of people often causes fear and stress. Stanford Graduate School of Business Strategic Communication course instructor Matt Abrahams talked with Andrew Huberman, associate professor of neurobiology at Stanford University, about how to reduce anxiety and stress when you’re speaking in front of people or making a presentation in University. Some interesting points from the talk:

There is no distinction between a physiological response to something that has caused your excitement and something that causes you to show nervousness or fear. If people can comprehend that the response to anxiety or stress is the same as the response to the excitement that arose, they will feel differently. All students have problems with stress, especially when they are using coursework writing service and need to present their work after.

In the early 1980s in Palo Alto, psychologist Francine Shapiro developed the EMDR Eye Movement Desensitization Reprocessing method of psychotherapy to treat post-traumatic stress disorder caused by experiencing stressful events. It turns out that our visual perception of space when we move, when we walk forward (as opposed to riding a bicycle), shake our head, and have objects moving at our sides, our eyes look alternately left and right as we move, going toward something. This lateral eye movement suppresses the amygdala, the part of the human brain responsible for fear. Francine Shapiro found that walking had a beneficial effect on her stress and anxiety levels and decided to implement EMDR. The essence of this method is to move your eyes sideways from side to side (rather than up and down) for about 30 seconds, during which you recall (tell) a negative event that happened to you. In this way, the amygdala is suppressed (calmed down). Until a few years ago, no more than 5 articles on this topic were published in well-known scientific journals. This method works well in special cases, for example, before a speech in public.

When we are stressed, the alveoli of the lungs begin to collapse; they become confused. To fill the lungs with as much air as possible, we need to take a double breath and then exhale the maximum amount of carbon dioxide. Studies show that during 1-3 such cycles of about 5 seconds each, a person’s autonomous nervous system begins to calm down. And then, if you like, you can start lateral eye movement 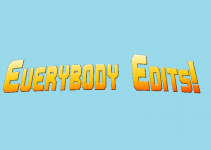