Merging VS Rebasing What Are Differences Between Them? If you’re like most people, you probably think of “merging” and “rebasing” as two completely different things. But what if I told you that they’re actually more similar than you think?

In fact, rebasing is just a special kind of merge that can be used to simplify your history and make it easier to work with. So if you understand merging, then you’re already halfway to understanding rebasing!

In git, merging is the process of taking two or more separate development histories and combining them into a single history. A merge can be performed if the separate histories have a common ancestor— that is, if they share a commit that was made at some point in the past.

There are several different ways to merge histories in git, but the most common is simply to use the git merge command. This command will take two or more developmen t branches and attempt to combine them into a single branch. If successful, the combined branch will contain all of the commits from both of the original branches.

It’s important to note that merging is a destructive operation— that is, it will permanently change your project’s history. As such, it’s important to be careful when merging branches, and to always create a backup before starting.

Rebasing is the process of taking all the changes that have been made on one branch and reapplying them on another. It can be a useful way to integrate branches, or to remove undesired commits from your history.

Where is the name of the branch you want to rebase onto. This will open up a text editor with a list of all the commits that will be applied, in chronological order. You can then choose which commits to keep or discard, as well as edit or reorder the commit history.

The difference between merging and rebasing

In general, rebasing is considered a more advanced technique than merging. Merging simply takes the changes from one branch and applies them to another, while rebasing essentially “replays” the changes on top of another branch.

There are a few key reasons why rebasing can be preferable to merging:

-Rebasing makes for a cleaner history. Since rebasing replays commits on top of another branch, you end up with a linear history when all is said and done. This can be useful when you want to present your work in a clear and concise manner.
-Rebasing can be used to avoid merge conflicts. Sincerebasing replays commits one at a time, you can avoid merge conflicts altogether. This is especially useful when working with teams of engineers, as it means that team members won’t have to worry about merge conflicts at all.
-Rebasing allows for more flexible collaboration. If you’re working on a feature that depends on another team member’s work, you can simply rebase your work onto their branch instead of having to wait for them to finish their work and merge it into your branch. This way, you can keep your code up-to-date without having to wait for others.

Why you should care about the difference

If you use Git to manage your software development projects, you have probably come across the terms “merging” and “rebasing.” But what exactly do these terms mean? And why should you care about the difference between them?

So, which one should you use? There is no simple answer to this question. It depends on your specific workflow and development process. In general, though, rebasing tends to be used more often in collaborative environments, while merging is more commonly used in centralized or single-developer setups.

This will merge the `feature/login` branch into the current branch (`develop`, in this case).

Rebasing is the process of taking all the changes that have been made to a branch and applying them on top of another branch. This is most commonly used to apply a set of changes from one branch onto another, or to merge two branches together by “rebasing” the changes from one onto the other.

There are two ways to rebase:

When to use merging

In general, you should use merging when you want to combines two different streams of development together. For example, if you have a main development branch and a feature branch that you want to merge together, merging is the way to go.

There are a few things to keep in mind when merging:

-You should always merge from the branch that you want to keep into the branch that you want to merge into. This is called the “mainline” approach and it helps to avoid conflicts.
-If there are conflicts, you will need to resolve them before the merge can be completed.
-It’s a good idea to do a test merge before doing the actual merge, just to make sure everything goes smoothly.

When to use rebasing

If you want to keep a linear history, then rebasing is the way to go. When you rebase, you’re essentially taking all the changes that were made on one branch and applying them on top of another. This has the effect of “moving” the branch that was rebased onto the other branch, as if the commits had been made on that branch all along.

There are two main reasons why you might want to use rebasing instead of merging:

1. To make your history more linear. This is particularly useful if you have a lot of small commits that are not logically related to each other (for example, if you’re constantly making small tweaks and fixes as you go). Rebase will allow you to combine all those commits into a single commit, which makes for a much cleaner history.
2. If you need to ensure that your commits are applied in a specific order. For example, if you have a commit that fixes a bug and another commit that introduces a new feature, you might want to make sure that the bug fix is applied first before the new feature is introduced. In this case, rebasing can help you achieve the correct order. 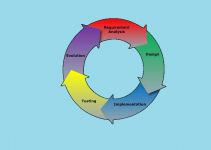