Waiting for Pokemon game release dates? In case you are wondering about Pokemon games in order of (chronological) release, then you can learn about them here. Pokemon has set itself as a legendary part of the modern world, especially in the gaming and anime industries.

The video game is super popular all over the world. Not everyone is familiar with it, especially those who aren’t following the series from the beginning. So, if you want to know the game’s history and development, sit tight and read on about all Pokemon games in order or Pokemon generations list.

18 List All Pokemon Games in Order of Release Dates

This is the very beginning of Pokemon series, started up on February the 27th 1996. Many of the expert games are still in love with this game – and you should include it in your top list if you are an avid gamer. At this first game, the purpose was to become a winner, the champion, of the league. It includes the idea of capturing all of the Pokemon to complete Pokedex.

This game was developed by Game Freak and published by Nintendo with Game Boy as the platform. The idea of the game was to explore the environment to search wild Pokemon and find the gems. The best features about the game were players could actually get a real Diploma after they have completed the Pokedex. Moreover, they could choose among three starter Pokemon of Charmander, Bulbasaur, and Squirtle.

This one came out in September the 28th 1998 in America, October the 23rd 1998 in Australia, and October the 5th 1999 in Europe. These are the role-playing versions with Game Link Cable that enabled players to connect 2 games together. The developer and the publisher were still the same. This time, players were able to enjoy 3 different settings: the menu interface, the battle screen, and the overworld.

Why players loved this one? They could enjoy 8 different Pokemon Gyms (along with various affiliations). Plus, they could also get into battle against the Pokemon Champion and the Elite Four. Trust me, in the Pokemon world, this is a big deal.

Not long after the Red and Blue, this one was published – in 1999. It was also known as Special Pikachu Edition. This was basically the improved version from Red and Blue, which was based on the (anime) series. The first launched was in Japan, followed by Australia, America, and then Europe on June the 16th 2000. This time, the platform used was Game Boy as well as Game Boy Color.

This time, players were allowed to roam around different habitats within all species so players could collect them. The greatest features about the game were the existence of a mini-game, Surfing Pikachu, which made it more exciting. And then the game started off with Pikachu and they needed to catch 3 starter Pokemon all through the game.

Pokemon Gold and Silver was the first installment within the second generation of Pokemon series. Players could see new Pokemon species (100 of them) and they needed to catch those species. Players were also given the chance to choose the character’s name. This game was released in Japan first and then Europe the last on April the 6th 2001. The platform was Game Boy Color.

To find those different Pokemon species, players had to explore different terrains, which are exciting. They were introduced to a new Elite Four – the Champion had Dragon-type Pokemon, which was cool. There were also several game-exclusive Pokemon that players could collect. Things got more exciting in the fourth Pokemon games in order of launch. 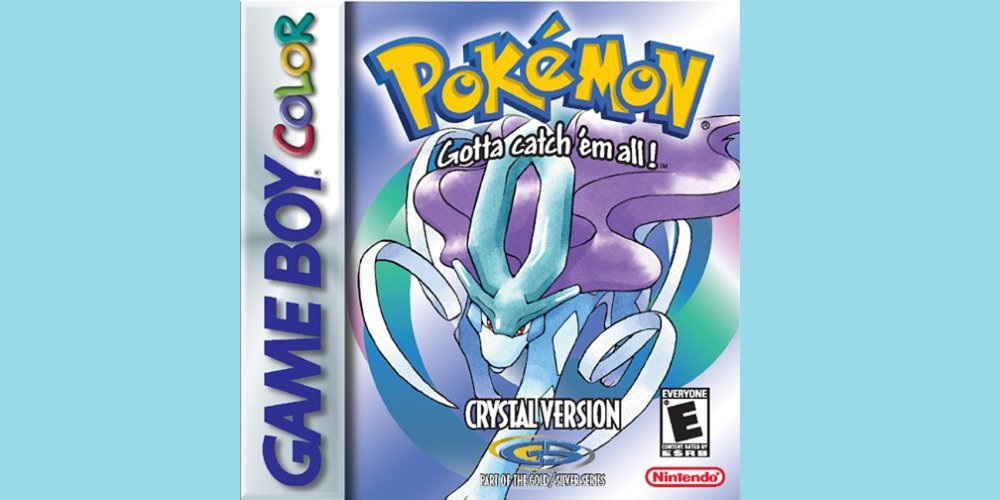 This time, Game Freak decided to enhance the game by adding new features. Players could start choosing the gender for the main character – and the game included new subplots. The release event happened from 2000 to 2001. You could see some improvements and changes on the layouts, designs, color schemes, and graphics. Players could experience some upgrades, which occurred within the stort mechanics. And then the sprites came with their subtle animations. It was getting better.

This was the first installment within the third generation of the Pokemon series. Players could enjoy new abilities for the Pokemon as well as double battles feature. This time, it was Game Boy Advance that was used as the platform. There were 3 basic screens for the game: the menu, the battle screen, and the field map. Players could find the new Elite Four as well as the champion making use of the Pokemon Steel-type. To make the game more exciting, new 135 Pokemon were introduced within this game.

This seventh Pokemon games in order was the enhanced (and improved) versions of Ruby and Sapphire. Players could access a new character within the region – not to mention that they could also use the contextual help menu. The main screen was the overworld – the players navigated their main character to make use of this game. Some of the greatest features included Sevii Islands, which was a new region in the southern area. And then there was the introductory feature, which was handy for beginner new players so they knew how to play.

This is basically a part of the third generation series coming out in Japan. The goal was similar to the previous one, but players could find the main subplot about beating 2 criminal organizations. The platform was Game Boy Advance. In this game, the main characters had new outfits – the green colored type. The purpose was for players to capture Pokemon so they evolve. The game had some minor graphic changes. There were also new battles types and also a new phone.

This is the beginning of the fourth generation as this series would mark the first installment within the series. The release took place in Japan in 2006, in America in 2007, and in Korea in 2008. This is the first time the online concept was introduced so that players could be online and then played with the WiFi connection. This time, the platform used was Nintendo DS.

The main setting for the game was in Sinnoh with its massive mountains – which were covered in snow. Again, new 107 Pokemon were introduced within this game. It also had 5 time periods – from morning tonight.

Since this tenth Pokemon games in order was the better version of Diamond and Pearl, it was stronger and enhanced in features. Players could begin the game with the main character along with 3 starter Pokemon of Tutwig, Chimchar, and Piplup. The launch took place from 2008 to 2009.

The design for this version was quite interesting because of the ‘northern’ theme. The characters also had the outfits that fit well with the cold weather. The game had a WiFi Plaza, a place where players could enjoy the mini-games. It also had a GTS system allowing players to trade Pokemon anonymously – through WiFi. Quite fun, eh?

This one had an interesting combo – it was the enhanced version of Gold and Silver, but the features were taken from Pokemon Crystal. This game has Johto region setting. Players had to raise, evolve, and catalog Pokemon and try to battle (and defeat) other trainers at the same time. This game was launched in 2010.

This game had a new and exciting mini-game, the Pokeathlon. The game starts off with the main character hailed from New Bark Town, a small town. The coolest thing about the game was that players could speak to the Pokemon; checking up on their feeling.

This is the first installment within the fifth generation of RPGs in the series. Players could enjoy trip battles, a seasonal cycle, rotation battles, and so much more. With Nintendo DS still as the platform, this one was first released in 2010 in Japan to Australia in 2011. The game focused on Unova Region that had a modern atmosphere because it had been based on New York City concept. The features included speech balloons that appeared over the characters’ heads and better graphics – especially compared to the previous ones.

In this twelfth Pokemon games in order, the focus was still in Unova Region, especially on the western side. Players were meant to find new Pokemon along the way. From the beginning, players were able to play the main characters (as well as the rivals) starting up in Unova Region for their journey. Players could enjoy new 300 Pokemon as well as being able to gain access to ‘keys’, special unlocks that would be given to players after they had completed tasks.

The 2013 was the witness of the first installments for the sixth generation of the series. The players were given a goal to reveal the Team Flare’s team while challenging Pokemon League’s at the same time. This time, the platform used was Nintendo 3DS which was the improved version of the previous game.

The design included some locations that were inspired from real attractions of the world, such as Prism Tower (inspired by Eiffel Tower), and much more. The features available in the game included the ability of players to customize their main characters’ appearances. Moreover, the game enables more dynamic action and interactivity – which is kind of cool for better improvement and development.

On the fifteenth Pokemon games in order, players could expect better features as it was the enhanced version of Ruby and Sapphire. Moreover, players would love exploring and cruising around a region that had incredible people and abundance of Pokemon species. This one was released in 2014, not long after the X and Y version. One of the main appeals was the dramatic storyline which slowly unfolded as the game goes through. Hoenn Region was set as the main setting. Players loved this because there was the Pokemon-Amie feature allowing them to have more interaction with the Pokemon. There were also Secret Bases that allowed players to customize however they want to.

This one was released in 2016, starting off as the beginning of the seventh generation of the series. The focus was on more interactions with the Pokemon – not to mention that players could also expect new features in this version. The setting was in Alola Region, consisting of some islands, as the main setting. Players could enjoy new 81 Pokemon as well as the new Z-Moves that was provided with the updated battle mechanics and training.

A year after the release of Sun and Moon, this version was launched. It had new storyline but with improved version of the Sun and Moon. The main setting was still Alola Region but there was an alternate storyline with the introduction of new gameplay features and characters. The main focus of the game was Necrozma, the legendary Pokemon. Players could enjoy Marine, a new mini-game, as well as the Battle Agency, a new (online) mode.

This would be the beginning of the eighth generation of the series. Expect Dynamax enabling Pokemon to have different forms or Gigantamax allowing them to temporarily grow. This time the platform used was Nintendo Switch. This one had improved and intensive graphics. Players also had new tasks to capture some new Pokemon, and then train and evolve them.

What are Pokemon versions do you love? There you have it the history and evolution of Pokemon. You are free to choose which version you like to play from these Pokemon games in order of chronological launch. 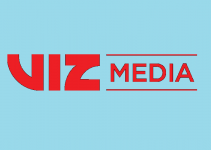 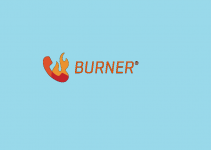