In this article, we are listing the richest companies you may and may not know before. You will see that the list is started from the most popular and richest companies. Don’t takes time! Read on the review in the following sections.

The first richest company in the world is Microsoft? You know Bill gates, don’t you? Yeah, Bill Gates is the famous person building Microsoft. Out of the list, Microsoft places the second rank as the richest companies in the world. Microsoft was built by Bill Gates. Along with the innovative technologies and programs, this company which was leading for computer software and hardware industry has transformed into the world of communication and entertainment.

Along with the internet usage, Microsoft offers a big support and enhancement to develop the operating system on PCs especially in the Windows format. Microsoft also shows the other great development such as the launching of Xbox Franchise, Microsoft Office system, Windows servers, and much more throughout the history.

If you are admiring online shopping, you may have probably know Amazon.com. Amazon is the third richest companies on the globe. It comes with a market cap which is nearly a trillion dollars. Amazon.com is running on online retail and E-commerce marketplace. It is best considered as the giant companies and leading in the E-commerce business.

Amazon has a stable and steady stock values which are always increasing from years to years. The last check shows that this company is still on the upswing.

Amazon has grown an online ordering platform, making the brick and mortar retailers close up their shop for good because they can’t meet the competition with this retail giant.

Who doesn’t know Facebook? As the most popular social media, Facebook has been used mostly by all people all over the world. The users are ranging from the kids, teenager, adults to old people. They comes from many varieties of fields and professions. Let’s say, wherever and whoever they are around the world, they meet Facebook every day.

Facebook is an internet-based company running on social media. Formerly, it began only as a small operation. It grew very fast. The fast growth of this company is supported by the availability of internet connection provided by the country either for family use or business use as well as companies or organizations. By the end of 2018, Facebook grew to a work force which was over 35.000. Soon it becomes the sixth richest companies in the world. Up to now, it has nearly 3 billion users around the world.

Richest Companies In The World

As an international company, Alibaba Group focuses on an online and mobile commerce company working through a wide range of subsidiary companies. This company is based in the People’s Republic of China.

Alibaba Group has the four main sectors to operate. Those are innovation, initiatives, digital media and entertainment. It also runs on core commerce and cloud computing as the supporting development. This makes Alibaba Group grow very quickly and become of the most popular and richest company on the globe.

Apple is now listed as the richest company in the word. Did you know the fact that made Americans thrilled? It was the announcement about the company which had successfully exceeded a market cap of a trillion dollars. This announcement was made in August 2018. However, this didn’t make the company go down much. That was just a nature of market. This “go down” was considerably caused by the poor performance of Apple’s iPhone sales. It was nothing new in the market due to the competitive manufacturers and service providers. Having been experiencing a “nearly” bankruptcy”, Apple has rebounded and back to the top of the world.

The cap is still going stably at 943.57 billion, making the company stay in the list of richest publicly traded company on the globe.

Listed as one of the richest companies in the world, Johnson & Johnson has been operating for over thirteen decades. Based on United States, this company offers a wide range of health care products. Johnson Johnson has also become the most popular brand in America. The products are produced and sold for every stage of people and enable the people to bring the products home.

Now you come to the company with the operation for more than 150 years. Believe it or not, Nestle has been existing as the richest companies focusing on food and beverages production. And it has been operating for so long, just before your mother born.

Nestle is also one of the most diversified and largest company providing the customers packaged goods for over 190 countries around the globe. If you are wondering the company’s world’s rank, well, it places the seventeenth riches company on the planet.

Are you using Samsung product? If yes, what do you know about Samsung?

In the world of electronics, the term “Samsung” is not unfamiliar anymore. Yup, it is a manufacturer selling and supplying computer peripherals and electronics. Samsung places the thirteenth rank of the richest company in the world. There are some divisions in the corporation. Those are consumer electronics such as air conditioner, televisions, household appliances, monitors, printers, information technology and mobile communication as well as device solutions.

You can try all of the Samsung products and choose them out of the divisions.

Another richest company on the planet you can get to know is Walmart. Walmart is the fifteenth largest company on the planet by market capitalization. This company is actively participating on philanthropy and donation as well as charities throughout the nation. There are some innovative new marketing strategies that have been implemented by this company to develop more. Those are including the online shopping through ecommerce format and online ordering system using the parking lot pick up to offer the customer whether or not they want to enter the building to shop.

The last but not least richest companies in the world you may check out is Exxon Mobile. This company is the twelfth richest company on the planet focusing on providing energy and fuel for the world. It also specializes to produce the high quality chemical products and engage in oil and natural gas exploration suing the cleaner earth friendly technology. 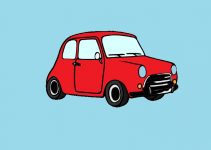