Bitcoin ATMs are all the rage now. If you want to know how to use them and where you can find them, then you are at the right place. This article will break down all the hype behind ATMs for Bitcoin and help you find the most convenient ones in your area. We all know that whenever a product is created in our economy and market, many ancillary businesses also start copying up if that product is successful. Just think about how different accessory bands for smartphones have launched specifically for the top brands in the market. Pick Apple, for example; when it launched the iPods, hundreds of small and big companies came up launching their own iPod case.

The same goes for the cryptocurrency market as well. We are seeing the growth of different companies creating digital wallets, smarter AI-powered exchanges, Crypto apps, to even cryptocurrency media websites. One such exciting creation resulting from this excellent bus around Bitcoins, the most popular electronic coin, is the Bitcoin ATM. You can go to websites like automated trading app to check out the buzz behind this development amongst bitcoin enthusiasts. First, however, to know more about what it entails, read on.

The bitcoin ATM is a creation that makes the purchasing bitcoin process easier. Essentially it is very similar to the traditional ATMs that deal with Fiat currencies all across the world. Just in the case of a bitcoin ATM, the financial transaction happens with the help of Bitcoins. Depending upon the company whose Bitcoin ATM you are using, you will be able to either seamlessly buy bitcoin with cash or do both selling and buying on Bitcoin for cash without any hassle. Not all cloud ATMs allowed the facility of selling Bitcoins. These ATMs have been created to simplify making different kinds of transactions with the flagship Crypto.

It would help if you also kept in mind that there is another difference between Bitcoin ATMs and traditional ATMs dealing with Fiat currency. This difference is that, unlike traditional ATMs, which get connected to your bank account, the cloud ATMs directly connect to the internet to connect to a cryptocurrency exchange. It is these exchanges that allow the entire process to sell and buy Bitcoins instantly without any problem.

Components of a Bitcoin ATM

In case you are wondering what comprises a bitcoin ATM, these are the following things you are going to notice if you ever come across one:

These hardware components are all tied together by software by the ATM cloud companies to make purchasing and selling Bitcoins faster, safer, and of course, more manageable.

Even though the popularity of Bitcoin ATMs and the buzz around them is relatively recent, it was way back in 2013 that the first Bitcoin ATM was created. It sounds crazy that this development played out so many years back when Bitcoin was not even that popular. Still, this humble cloud ATM in Vancouver, Canada, paved the way for many companies to create innovative Bitcoin ATMs. Unfortunately, even if you visit the waves coffee shop where it was placed, you won’t be able to see this ATM as it has been removed since.

If you are intrigued by this cloud ATM, you can do a quick Google search by typing the best cryptocurrency ATMs near me. Many countries will not have even one, and your country’s stance on the e-coin and infrastructure has a lot to do with this. Do not be disheartened by this and go onto a bitcoin exchange like most people to do any Bitcoin transaction that you want to.

Bitcoin ATMs are a fun creation in the world of cryptocurrencies. Many new companies are joining this race to come up with the most sophisticated cloud Bitcoin ATM. If you find one near yourself, definitely go and check it out and see if it is genuinely as helpful as it claims. 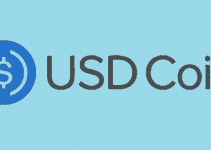