.NET Core is the horizontal evolution of the .NET software platform into other operating systems, in which it enables the use of applications developed for Windows.

We already have a lot of information on this topic, you can find other articles at the link: https://devoxsoftware.com/technology/microsoft-net-development-company/

Let’s take a look at why you should use this technology for your business and what benefits you can get from it.

Good or bad, there are many operating systems in the computing world. The three most common in the consumer market today are Windows, macOS, and Linux (with variations).

In some situations, you can simply recompile the source code of the program for a new operating system. But in most cases, this trick does not work, and you need to rewrite the entire program or some of its parts. This is exactly what Microsoft had to do when, in the mid-90s, it wanted to make its Office available on macOS.

The fastest programs are written in machine codes. More precisely, in assembly language, as close as possible to the instructions of a particular processor. This language is still used today when developing low-level system elements, for example, drivers for various devices.

However, solving high-level problems in this way is absolutely unrealistic. – It is required to aggregate! Indeed, when developing a car or refrigerator, no one redesigns the engines but uses the ones that are suitable from those available in the assortment offered by contractors.

The use of ready-made elements from previously developed libraries in programming is a common and correct practice. Yes, this reduces the specific efficiency of the program code, but it allows solving complex applied issues within a reasonable time frame.

There is one more, perhaps unexpected, factor affecting the advisability of porting applications to another operating system. – This is the accumulated experience of developers.

Yes, of course, people are capable of learning and retraining. But both take time and therefore costs. If you need to quickly replicate functionality already implemented on a different operating system, you can either form a new development team or use the application porting tools.

It is quite obvious that with the necessary funds, porting will be much faster and more cost-effective.

For a long period of time, the computer world has been developing at an enormous pace. This is largely due to the modularity of its device. Its elements are being developed by numerous specialists in parallel.

At any current moment in time, some technologies have already reached a certain perfection, while others are just emerging. Moreover, the degree of maturity of the same technology in different operating systems can be significantly different.

Application containers are an example of this asynchronous development. They are also available in Windows, but historically they originated in Linux OS, and there they are more developed. There, their ecosystem is now more developed.

Containers are widely used in the implementation of the concept of microservices. If the applications that you want to run in the microservice’s mode were originally developed on Windows using .NET, you might be thinking of packaging them in containers and running on Linux.

Formally modular architecture reduces the overall system performance. But at the same time, its flexibility increases, its reliability increases, and its development period decrease, especially when using ready-made modules.

If you are interested in the topic of developing software based on .NET Core for your business. Go to the company’s website, https://devoxsoftware.com/ and check out the offers that are beneficial for your business. 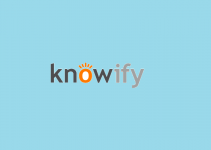